The Practice of Using
The Tools of Yoga

Yoga offers us many tools that when used with intention can greatly impact our sense of well-being and health. The tools of yoga include the Asana (physical postures), pranayama (breath work), dhyana (meditation), chanting (sound), prayers, diet, exercise, being in nature, as well as engaging with family and community.

Working regularly with a yoga therapist, can help consolidate your home practice so that you feel more in charge of your health and well-being.

Thank you! After purchasing, please email me for the class links.

If you’re dealing with a health issue, chronic or acute, and would like some gentle guidance in developing a home practice that can support you, please book a session.

I am happy to guide you through a tailor made yoga practice that is suited to your body’s particular idiosyncrasies.

Twice a year, I run retreats in the Haliburton Highlands. This time of retreat allows our community of yoga practitioners to go deeper into our own practices bringing a stability and lightness to the rest of our year.

Several times a year, I am part of a team of people at the Abbey Retreat Center who facilitate retreats for people living with cancer and the person who is walking next to them on the journey. The retreats are designed so that participants can experience several different healing modalities (yoga, meditation, art, music, massage), in a beautiful and supportive setting. The hope is that the retreat offers space and time for people to digest the news of their prognosis and also care deeply for them selves. 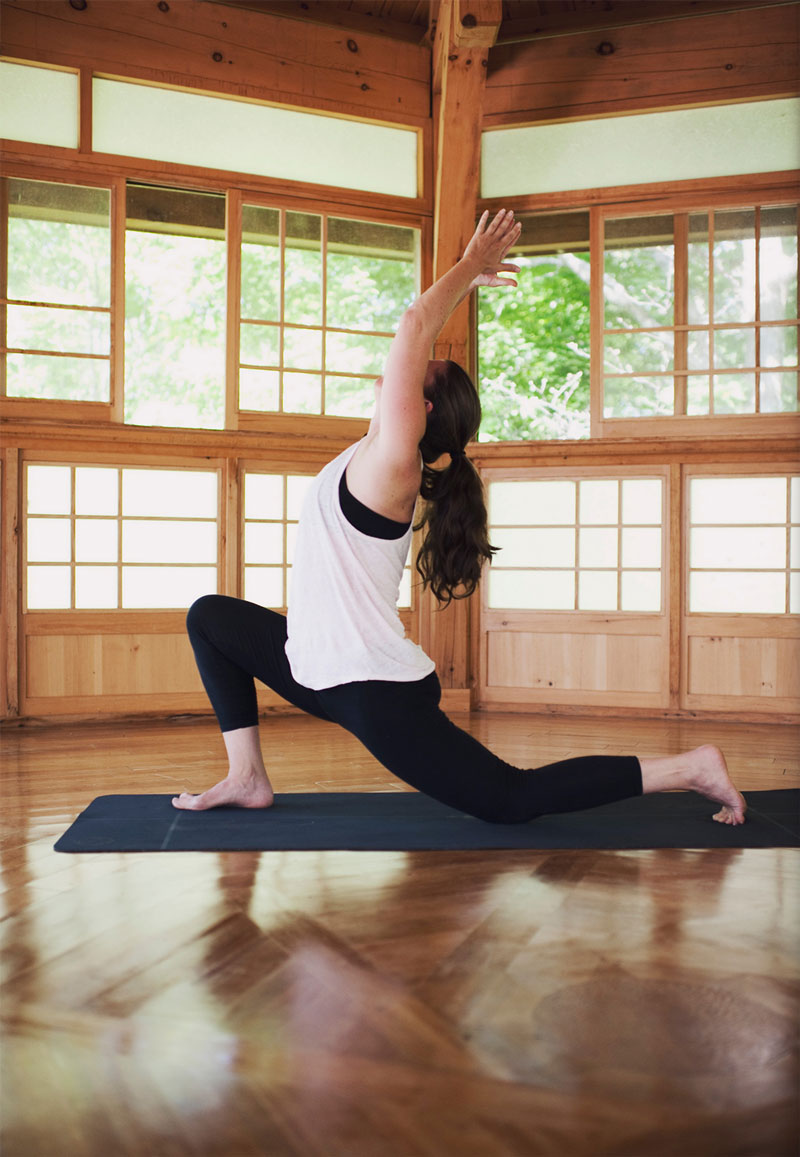 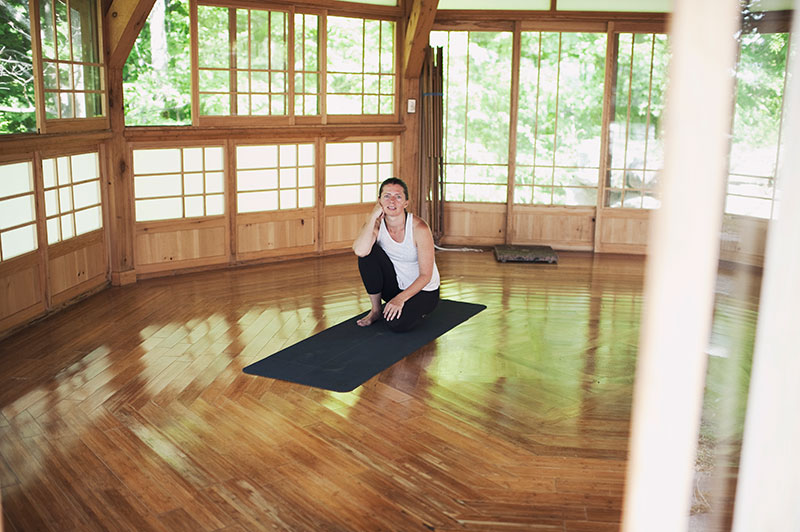 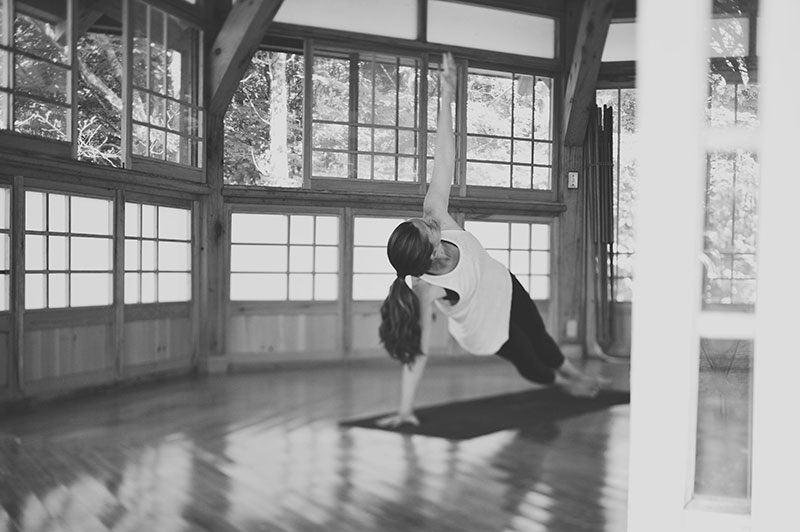 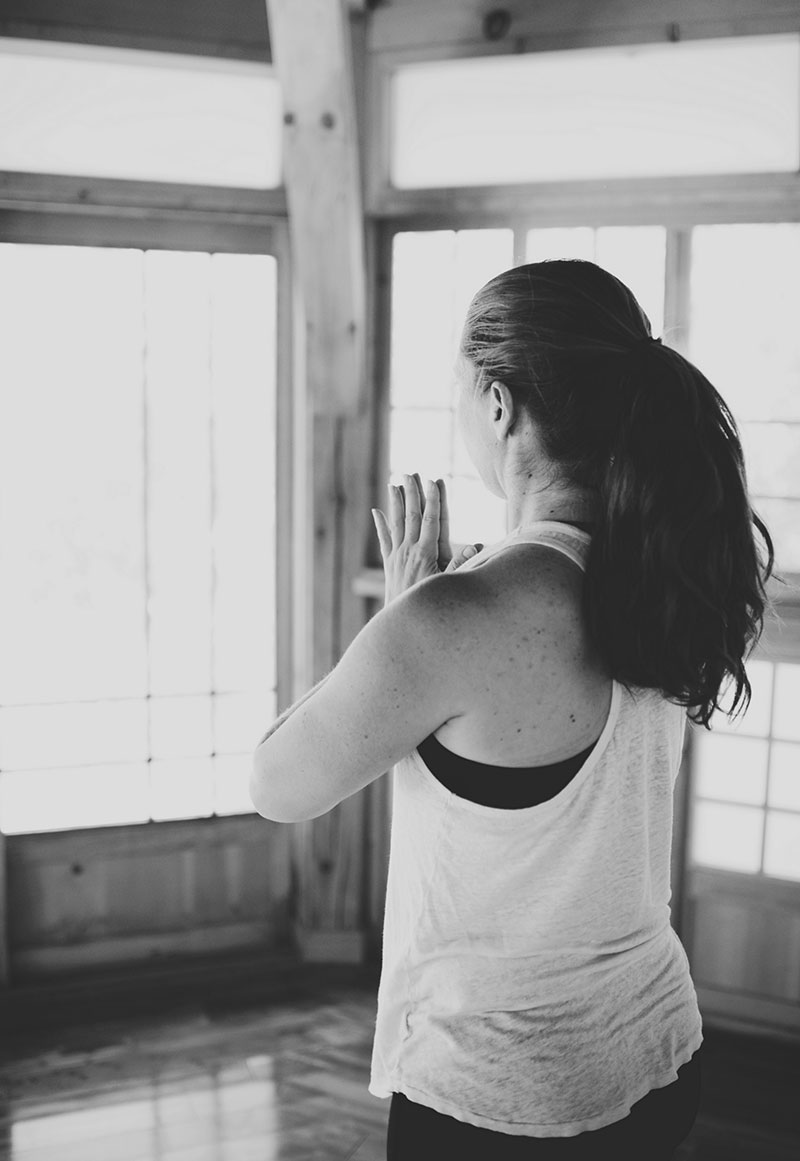 I began to study yoga over 20 years ago. After a few years of regular practice, I decided to take a teacher training with the Sivananda Ashram in Val Morin, Quebec. After the one month, intensive training, I taught a few classes a week, but continued to follow other pursuits, teaching elementary school, and then travelling to Kenya, Rwanda and India to work with International Development projects.

In 2007/2008, I had a baby, and learned at the same time that I had a cancerous tumor on my foot. It was extremely challenging to be a new mom, and go through treatment for the tumor. During that time, I sought out the help of Yoga Therapy Toronto (founders Felicia and Ante Pavlovic). Felicia worked with me to design a home practice that helped me stay sane, and feeling good in my body. The experience of working with Felicia inspired me to attend a 300- hour teacher-training program with Felicia and her Partner Ante, and then later, to become a yoga therapist. I finished my Yoga therapist training in 2013, and have been conducting yoga classes, and working individually with people since then.

I’m also working closely with the Canadian College of Naturopathic Medicine in their Cancer Clinic, and am helping to design and facilitate cancer retreats at the Abbey Retreat Center (ARC) in Haliburton, Ontario.

My teaching and therapy have been guided and formed by my teachers Ante and Felicia at Yoga Therapy Toronto, their teacher Desikachar and his teacher Krishnamacharya. I am also quite influenced by the Sivananda style of yoga because my first experiences with yoga involved Sivananda style classes. Ideally however, I teach from the belief that yoga can/should be altered to suit the needs of the individual. Finally, my style and approach to yoga is also heavily influenced by the teachings of Zen Buddhist monk and teacher, Thich Nhat Hanh, whose writings I have studied.

B. of Arts in English/Anthropology, Trent University, Peterborough, On Canada

Master of Arts in Teaching, Willamette University, Salem, OR, USA

PRACTICE - tips on how to use the tools of yoga. I occasionally share what I know.

Please reach out with any questions you have regarding the Yoga Therapy Sessions or Retreats. Simply fill in the short form below.